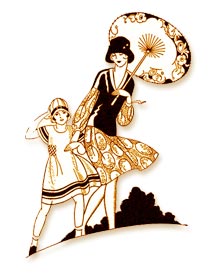 A Blog by the PheMOMenal Gabi

You introduce your kids, cause you know it’s the forever guy. They get attached. You practically cry when he helps pack their lunch or when they ask him for a hug or when they demand that he become their daddy at your house. You imagine him in an apron handing you a martini at the end of the day,with a smile.

Then…WHAMMO…you find out your “we” ain’t all that. Kinda like when you realized that Santa Claus isn’t real. And really, why did we all get enamored with a fat guy in a red suit anyway?

And now? You get to break your promise to your kids. It’s not forever like you thought it would be.

But ya know what? Your kids are watching and listening and paying attention. And when I had to have the “Ya know how I thought I was getting married? Well, I’m not” conversation, my kids got it. They were sad. And mad at me. But kids know when you’re not in love, and they probably aren’t as disappointed as you think. Ok, maybe they are. But it’s alright. Painful, but alright. Because they get to watch you stand up for you – or move through it after someone hurt you. And that’s a lesson worth learning.

That’s the pep talk. In reality, it all sucks rocks.

But here’s the thing: our kids are going to go through the love of their lives 8 bazillion times. And their heart will ache just like ours does. But we have value. And we do count. And the best thing we can teach our children is that we get to decide how we want to be treated. We can teach them that we are just as groovy whether we get picked or not.

Drink heavily while you mourn the loss. Cry. Call friends. Go at it with a punching bag. Get a therapist. But know that no matter what you’re doing, you matter. We just can’t control outcomes. If we could, there would be world peace, no pee around the bottom of the toilet, houses that could be cleaned through osmosis and men who understood that we are, indeed, goddesses. Men would love us at least as much as the remote control.  Ok, that might be reaching a bit. But at least there wouldn’t be pee around the bottom of the toilet.

It’s Friday! Hopefully you get some time to relax and put your feet up. Here’s a great Friday song from non other than Tupac Shakur, called “Dear Mama.”

*Keep an eye on our blog as we start introducing new writers and some deep subjects! 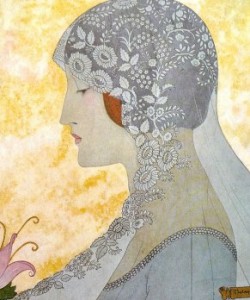 So I have a big announcement to make. I’m now a Mrs.

Happened not too long ago in a lovely backyard ceremony. Attended by me. And a few passing cars that couldn’t help but stare at the weird lady standing in a foot of snow, with giant boots, a parka and a halo with ribbons streaming down each side.

When I was married, the ex bought our rings at some chain that offers a lifetime exchange for any jewelry you buy there. When we divorced, I traded in my rings and decided I wanted to be be-jangled in a bunch of plain ole bands on practically every finger. So I bought my rings and well..one by one, they disappeared. One in the garden. One in my car. One in bed, I think. But I could never find em. Not one. So I figured it was energy from a bad time and figured the huge credit I had left at said store would just go to waste cause I’d lose whatever I bought. So I forgot about it.

Then, not too long ago, I got a notice that said if I didn’t use the credit, I’d lose it, and since I’m not one for wastin’ things, I headed down to the store to see what would happen. I wandered through the diamonds and sapphires and seriously ugly whatever that was, and then it dawned on me. The best way to use energy from a time that didn’t serve me was to commit to serve myself from this day forward. So I bought a wedding band. And a pair of seriously expensive earrings for the clerk who helped me, in exchange for a promise that whenever she wears them, she has to do something nice for someone else. She was, in her polyester jewelry store uniform, rather stunned. Made me smile. I think I made her nervous.

Then I hopped in my car, went home, wrote some of the best vows around, and out to the backyard I traipsed. Stood near the garden. I said a little prayer, burned a picture of my past to rid myself of the things that no longer served me, put the ring on my finger and said, “To me, I thee wed.” Then I took my picture with a self-timer camera. I was a lovely bride, if I don’t say so myself.

Now, when I have a moment of doubt, a second when that self-critic comes out to play, or just a moment when life feels too big to grab, I reach over to my left hand (and yes, I did that on purpose–kind of the anti-wedding) and I remember that my commitment is to me. And one happily ever after I do intend to have. 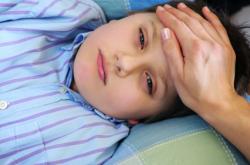 My son was about 6-months-old, and for the first time since he’d been born, I decided it was time to have that much deserved glass of liquid calm. Wound up yakkin’ with a friend til the wee hours, and finally collapsed much later than my designated 9 p.m. bedtime. Around 4 a.m., I heard my son’s cries from his room. I lifted him from his crib, brought him into my room, and as I laid on my back in my bed, I lifted him above my head.

He puked in my mouth.

He had the flu. Within a few short hours, it became apparent that my 2-year-old daughter did, too.

Picture this: it’s about 115 degrees outside. The hottest Denver summer in history. I bought an older house, in part because I thought it was “cute” to have radiators. Only with radiators, you can’t have air conditioning, so now, both my children are throwing up, and since they’re not old enough to get to the bathroom, they’re puking on just about everything, including themselves, me, the furniture and the floor. And the house is like a sauna. Within about another 5 hours, I, too, get that feeling in my stomach that tells me I, too, have the flu. Now it’s the trifecta of vomiting. In a hot house. Did I mention we didn’t have air conditioning?

Of course, no one will help me because they don’t want to get the flu, so the only help I get is an occasional ring of the doorbell when people leave Pedialyte at my doorstep and desperately run for their cars.

I covered the living room floor with towels, and well, let me poor little kids have a pukefest. It lasted two long, horrible, dreadful, unforgettable days. And in that moment, I was relatively sure I had sunk to the depths of hell.

That was six years ago, and I’m glad to report we all survived. Because that’s what we single moms do. We survive. It’s not always pretty. It’s not always pleasant, but we always figure out a way. And each and every one of the moments that makes us think we just aren’t cut out for it gives us a few more tools that prepare us for the next surprise. 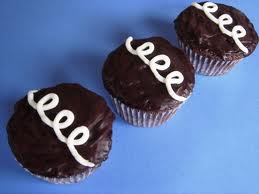 So, one day, I showed up at my therapist’s office, devastated, sure I was probably the worst mother on the planet. It had been one of those mornings that sedative commercials are made of – me scrambling around trying to find two matching shoes, while trying to cook breakfast, make lunches and beg my children to get dressed. “And I’m not asking again!” Only, as we all know, I did. No success.

So I did what any terrible mother would do. I bribed them with a ding dong. Yep, that’s what they ate for breakfast. I lured their finally clothed bodies out of the house by walking backwards with the ding dongs in hand, coaxing them like wild stallions.

I kinda always thought I would be a more perfect mom. Steamed vegetables, all organic food, lovely dinner settings and a meal ritual that would bring us all closer together. I’ve seen the studies on obesity and how dinner time at the table ensures that we will all raise geniuses.

And I gave it up. After working all day and practically tying my children to a chair in order to get them to do their homework, after returning calls and answering the new ones and cleaning up the kitchen from the meal I made last, well, I don’t always want to sit at the table with my kids. I’d like to take 20 minutes to myself while they nibble on some chemical-laden box food in front of the television. Occasionally, I announce that we have to prove we’re not barbarians, and I make them eat dinner with me at the table. It’s fine I guess, but it’s not when we have our closest moments.

Don’t get me wrong. We have a ton of one-on-one time. We talk about our days and our troubles and our joys. We just don’t do it at the table.

See, that’s the thing. I think we all have something – or lots of things – we just have to let go. Whether it’s perfectly made beds or clean living rooms, or bedtimes that really should be earlier, or more extracurricular activities, or fewer extracurricular activities. Whatever it is, I think we need to give ourselves permission to just accept that being a single mom doesn’t always allow us to give our kids the lives we first envisioned for them.

So just once, just for one day, let it go and know you’re still wonderful.

After a bit of a delay, we’ve finally managed to bring back the blog! Hello moms, are you still out there?

It’s only fitting that after our little technical difficulties, we talk about yours. More importantly, we talk about what you moms do to get back on track after a set-back.

For us, it was patience, communication, and resilience that got the ball rolling and eventually brought our blog back. Of course, comparing real life maintenance to blog maintenance is silly, and we know that. However, maybe some of the lessons are the same.

Years ago, Psychology Today had a short article about how to come back from a setback. Here is the link.

We’ve changed blog servers and added new writers to our roster. This was our way of “updating.” So dear moms, we know times can get tough but we believe in you. We know you can bounce back. Share your stories with us! Tell us how you overcame adversity.